#9 UPSCALING | The urban assemblage is sticky and locked-in

THE CONSTRAINT
Changes in urban contexts are sometimes tricky to achieve, due to technical, infrastructural, legal or financial interlinkages. In fact, frequently obduracy to urban assemblages can occur, due to persisting infrastructure, long-term contracts or legal “lock-ins”. Decisions need to be taken by multiple stakeholders or entities on a political level and cannot be attached to the outcome of a participatory process only. Depending on the specific situation in a city, several obstacles might exist at the same time, which makes it difficult for Living Lab activities to take effect. 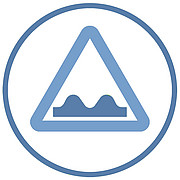 WAYS TO ANTICIPATE
→ Activate a dialogue with relevant actors as soon as possible: by developing future visions with stakeholders and crucial decision-makers, the potential of more structural changes can be highlighted
→ Local actors might be empowered by teaming up with supra-urban actors, such as municipalities with provinces or local Non Governmental Organisations with their national counterpart (scale jumping)

To find out about possible barriers for a Living Lab’s objective, a dialogue with relevant actors has to be initiated. By developing future visions with stakeholders and crucial decision-makers, the potential of more structural changes can be highlighted. Also, local actors can be empowered by teaming up with supra-urban actors, such as municipalities with provinces or local Non Governmental Organisations with their national counterpart (scale jumping). They might also assume different roles, e.g. as decision-maker and personally concerned citizen at the same time.
If still circumstances do not allow big changes, a Living Lab should focus on what is actually possible. Also providing legal flexibility at least for a limited amount of time to experiment with temporary measures can be useful (e.g. permission for markets). Communication strategy and methodology have to be designed accordingly, in order to avoid wrong expectations among Living Lab participants. Finally, also collecting ideas and concepts to apply in future when circumstances will allow it, can be a strategy.

Graz
The Living Lab in Graz aimed to improve the quality of life in the traffic-dominated area of Griesplatz through infrastructural changes. As a consequence of its purpose as traffic hub, not all infrastructural elements could be replaced according to citizens’ desires. In addition, long-term contracts with bus operators forced the organizers to wait. Living Lab participants started to feel that elaborated discussions ended up in little outcome. The organizers remained flexible and changed their strategy by focusing on short- and middle-term measures. In order to deliver visible outcomes of the participatory process, they provided small and quick improvements for the Griesplatz area such as a bike lane, a new lightening system in one street, enlargement of a public space and street furniture. Also temporary awareness-raising measures were taken, e.g. organizing a pop-up market. They released press articles ensuring that “no idea is lost”. That means that ideas created in the Living Lab will be remembered and put into place at a later stage in the course of a public architectural competition, once the bus contracts had expired.

Maastricht
In Maastricht one constraint on upscaling inter-modality is the “urban assemblage” around car use and parking in the inner-city, which is rather obdurate. This refers to the interlinking of traffic circulation plans that are adapted to the operation of the many underground parking garages; visitors expecting to be able to park in the center; shop owners who like cars passing by their stores; urban planners’ expertise around developing over- and underground parking; and operational contracts (mostly running until 2032) of the garages, also reflecting significant financial interests. This interlocking bundle of social and technical elements tends to resist change of the whole assemblage, only allowing “addons” that leave the rest in place.
The visioning assessment experiment was designed by considering a year in the further future, 2040, in order to move beyond the interests and structures of today, and to allow envisioning more structural change.
The experiment found that there are broadly two different future visions:
• entrepreneurs and mobility operators envisioned incremental development toward more underground parking refining and strengthening the current urban assemblage;
• on the other hand, residents and commuters envisioned structural change towards an (almost) car-free city center. The group of urban planners had a compromise in the middle. The urban planners did learn that there is more support for a larger carfree zone than they thought, and in a second session they reduced urban parking. This was also based on the reflections that showed the ineffectiveness of park and ride (P+R) projects, without reducing urban parking.