#6 UPSCALING | The Living Lab is disconnected from broader societal debate

THE CONSTRAINT
Urban Living Labs are forms of societal experiments that take place in real life conditions. While they can and should have an innovative flavor, they will successfully scale up only through existing windows of opportunity.
If an experiment is designed as if it was to take place in a vacuum, disregarding the social, economic, cultural and political conjuncture, or if the external conditions change (the windows of opportunity close), the Living Lab is unlikely to scale up.
In such cases of “disconnected Living Labs”, even though Living Lab outcomes are positively assessed by participants and aligned with original plans and expectations, the broader public is unlikely to share the Living Lab’s objectives, understand and replicate its methods, and to find it relevant in addressing current priorities. Under such shifts in policy windows, instead of proactively supporting upscaling of Living Lab outcomes, decision-makers might adopt a “wait-and-see” attitude, maybe not opposing the Lab launch and management, but intentionally avoiding to develop and implement any strategy specifically designed to favor the active diffusion of its results. 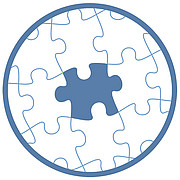 WAYS TO ANTICIPATE
→ Design and manage Living Lab activities with great care for the local conjuncture: consider broader socio-economic, cultural and political aspects, ensure links with the existing public debate,
with what a community considers to be its priorities, and what stakeholders consider to be feasible
→ Maintain a certain flexibility throughout the Living Lab, be ready to adapt to changing conditions in the outside social and political agenda. Ensure that both Living Lab objectives and its framing can be adjusted and continuously re-defined by all actors
→ Place citizens at the core of the process and actively coordinate with other societal developments and initiatives related to the content of the
Living Lab

A Living Lab should be designed and implemented with great care for the local conjuncture. No immediate replication of Living Lab examples of best practices is likely to be successful if it is not adequately customized and adapted to changing conditions in the outside social and political agenda. This includes broader socio-economic, cultural and political considerations, but also ensuring links with the existing public debate, with what a community considers to be its priorities, and what is considered to be feasible by stakeholders.
Efforts to connect the Living Lab with the broader societal developments need to be done while designing the Living Lab, but also throughout its development. This requires a degree of flexibility and adaptability to changing external conditions, involving – when needed – adjustments and re-framing.
In particular, what can reasonably be scaled up should be identified since the very beginning of Living Lab activities and an upscaling strategy should be designed, together with the relevant communication and dissemination measures. Consistently, such a strategy should be kept flexible and open to the evolution of activities in the Living Lab as well as the external dynamics, and tailored to the specific context where Living Lab results are to be upscaled, by choosing the right channels, time and language.
In this context, an important precondition is to place citizens at the core of the process, as they are likely to have the most detailed understanding of the local context. In addition, it also requires to actively coordinate with other societal developments and initiatives related to the content of the Living Lab. This can be done at different levels ranging from simple information sharing, to building bridges and identify possibilities of cooperation. As a corollary, ensuring the Living Lab is well linked to the broader societal debate, is also a way to ensure Living Lab participants feel recognized, thereby strengthening internal dynamics and empowering them. In turn, this further favors their active engagement in the diffusion of Living Lab outcomes and the implementation of the upscaling strategy.

Brussels
In Brussels, Living Lab activities have been coordinated from the onset with the broader citizen movement for a cleaner air in the city. To begin with, an initiative for “Smart Mobility” was immediately reframed by the local partners in order to put air quality and people health at the core. Adopting the right problematization approach favored raising commitment among those citizens who would not have voluntarily engaged in a mobility-related process, perceiving the topic as outside their own priorities. Instead, they genuinely and very proactively engaged in an air pollution-related process, since they cared very much for their health, and especially the one of their kids.
From very early on, in addition, the Living Lab initiators (the local university and a citizen movement) engaged in an open dialogue with all stakeholders active on the topic, contributing to establishing both a platform for discussion for all civic movements active for better air, and a network of researchers working on air quality and citizen science. Both efforts contributed to reaching out to a broad audience and ensure that the Living Lab was immediately part of a broader discussion.
Throughout the process, finally, the Living Lab was fully co-conducted by the project partners and by the various groups who decided to join. While the broad structure was proposed by the organizer (i.e. getting to know pollution, letting others know), different groups decided to fill it in in different ways, for example by raising different questions (e.g. the level of pollution in school, while commuting, or throughout the day) and identifying different communication forms (i.e. a citizens science paper, a public conference with experts, or creative ateliers).

Maastricht
In Maastricht, Living Lab organizers decided to run a visioning assessment experiment to anticipate this constraint on upscaling smart-intermodality. Being well aware of the fact that the Municipality was one of the most relevant stakeholders in this process, Living Lab managers first waited about a year until the topic achieved visibility in the societal debate, thus leading the Municipality to accept participating in it and get interested in its results.
Then, by organizing the Living Lab around visioning in the far future (2040) and inviting stakeholders relevant for urban mobility, Living Lab managers sought to make the lessons relevant for the coming years – not just the project plan for the station area that was due in July 2018. This way, they manage to nourish and enrich the ongoing debate on the creation of shared visions for the future.

Graz
The Living Lab in Graz was initiated by the city government which aimed to improve the quality of life in the traffic-dominated area of Griesplatz. The city’s Executive Directorate for Urban Planning was responsible for organizing a participatory process around a Living Lab. The concept was well prepared and applied by the Living Lab team. However, after one year, priorities in the city government changed towards other projects and the future of the Griesplatz was uncertain. The Living Lab continued but it was difficult to maintain a clear line in communication that would not promise too much but still encourage citizens to be active in the lab. Demonstrating flexibility, the city district office, where the lab was based, was turned into an exhibition room to show all collected results and ideas so far. As a direct reaction based on feedback from the exhibition, the lab organizers facilitated an additional social safari dedicated to the local economy in the district of Gries. In their overall communication strategy that comprised various media and channels they emphasized that “no idea is lost” and that everything would feed into the public architectural competition after the end of the Living Lab.