THE CONSTRAINT
Due to the intrinsic innovation nature of Living Labs, large shares of the population and the relevant stakeholders might not be interested in joining them (or remaining active within them for a long period of time), because either they do not share the sense of urgency to discuss the issues at stake and take action (they have different priorities), or they even have conflicting attitudes or goals.
As a consequence, the group of Living Lab active participants risks being monopolized by people with strong personal commitment to the issue at stake and/or people already used to (critically) interact with public authorities and institutions. Ultimately, the Living Lab might become a low conflict circle of people sharing priorities, attitudes and goals, while the large majority of citizens would simply ignore the Living Lab process. Dissenting groups might also explicitly opt for keeping themselves out of the Living Lab, in order to be able to later criticize its outcomes and the introduction of policy measures based on them, according to a well-experienced and more comfortable to them “Decide-Announce-Defend” (DAD) framework.
In both cases, level and intensity of debates within the Living Lab would be trivialized and upscaling possibilities of its results would be strongly inhibited. 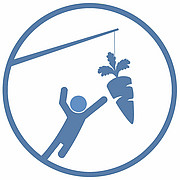 In the process of setting up a Living Lab fundamental questions need to be clarified, above all the objectives and who could effectively contribute and therefore should be involved in order to be able to define clear goals and guarantee transparency and an open communication inside and outside the Living Lab.
In particular, a stakeholder analysis should be performed in order to identify the relevant target groups, together with the reasons why they might (not) be interested to join Living Lab activities.
Analyzing the reasons against a participati on in the Living Lab helps to define
• how to frame Living Lab activities in public communication campaigns aimed at recruiting participants,
• and specific actions in order to also raise the interest of less intrinsically motivated target groups and achieve their active engagement in Living Lab activities.
Aiming to involve a variety of people, special attention needs to be paid to their individual demands and desires. The objectives of the Living Lab have to be negotiated in order to prevent mismatching expectations between the Living Lab and its potential participants, as well as to avoid the possibility of generating misleading information (e.g. from Living Lab opponents). This is important to attract people in the first place as well as to keep them active in the process. Ultimately, transparent communication helps the Living Lab to obtain the right motivation and loyalty from its participants.

Brussels
In Brussels, an initiative for “Smart Mobility” was reframed by Living Lab initiators as one where air quality and people health were at the core. Adopting the right problematization approach favored raising commitment also among those citizens who would not engage in a smart mobility-related process, perceiving the topic as outside their own priorities. Instead, they genuinely and very proactively engaged in an air pollution-related process, since their cared very much for their health, and especially the one of their kids. Reframing the focus of the Living Lab helped reaching out to a rather broad variety of citizens, with different geography, and socio-economic, demographic, cultural background. Overall, though, participants could not be considered as a representative sample of Brussels population, with an overrepresentation of the educated and socially active middle class as opposed to other groups.

Bellinzona
The Living Lab in Bellinzona was largely at risk of just attracting people who had already reduced their car use, thus resulting in a very polarized sample of participants possibly jeopardizing the efforts made to keep the Living Lab as open as possible to the entire population. Particularly, there was the risk to mainly involve only cyclists, since the local association lobbying in favor of regular bicycle use was among the Living Lab initiators, and participation to the Living Lab was open to any interested citizen, on a voluntary basis. However, how could a group of urban cyclists have been able to co-design an effective smartphone app targeting reduction in car use among mainstream car drivers?
To favor large diversity and high representativeness of the local population among the Living Lab participants, Living Lab organizers opted for a hybrid recruitment campaign, relying on both bottom-up and top-down activities. First of all, a stakeholder analysis was performed, in order to identify the key target groups to be engaged. As a result, commuters, car drivers, bicycle riders and public transport users were identified and the relevant associations representing their interests were involved, with the aim of mobilizing them in the outreach of Living Lab participants. Posts in their newsletter and articles in their bulletins were published, to amplify and support the press release delivered by the City of Bellinzona at the launch of the public campaign for Living Lab recruitment.
The campaign explicitly remarked that all citizens were welcome and desired – especially car drivers, the claim targeting those citizens being “always stuck in the car”. The emphasis was put on co-creation activities, and on the key idea behind the app, that was rewarding citizens with tangible prizes, if they opt for (more) sustainable mobility patterns.
Highly attractive prizes (extrinsic motivational factors) were supposed to raise the interest in mainstream commuters and car drivers up to the level of already intrinsically motivated bicycle riders and public transport users. To reinforce and integrate such bottom-up, spontaneous self-applications, a top-down selection of diverse and overall representative citizens was also made. By referring to their wide network of personal contacts, city authorities identified a set of around fifty citizens to be personally invited to join the Living Lab, being sufficiently diverse in socio-economic characteristics as well as mobility patterns, to be considered representative of the variety and differences among the whole population. Not all of them accepted the invitation, but, together with the totally self-selected participants, the group of participants in Living Lab activities was sufficiently diverse to avoid typical “preaching to the converted” limitations.
It is to be remarked, however, that the top-down selection of the citizens to be invited was performed by the City civil servants and policy-makers themselves. Notwithstanding reassurances on their good faith, opting for a fully transparent selection process, or maybe even for a random selection process, such as the “citizens jury” or “planning cell” participatory techniques, would have endowed the whole process with additional fairness and reliability, further attracting other participants.