#5 UPSCALING | The Living Lab’s potential for learning is underexploited

THE CONSTRAINT
Some stakeholders tend to reduce Living Labs to pilot project “to try out something new”, without an agenda on what exactly they like to learn. Although the label of Living Lab is used and the importance of learning is acknowledged, local authorities taking part in such bottom-up experiences may not fully recognize opportunities offered by Living Labs, thus neglecting to systematically assess the process, to improve their future work. Performing structured evaluations and drawing lessons from Living Lab activities would instead allow them to get a broad understanding of specific innovation processes, including their implications and consequences, thus supporting diffusion of the innovation across spatial scales.
Often, local authorities lack the farsightedness and political will to perform explicit monitoring of the lessons learnt throughout the process, since this would imply accepting the potential of shared (stakeholder) knowledge and could imply challenging the status-quo system.
When single Living Lab participants draw their assessments and conclusions, they often lack a comprehensive view of the process, and therefore no comprehensive knowledge is generated and the lessons learnt are partial or biased. If no single actor has an overview of all options, mechanisms and impacts emerged during Living Lab activities, limited transfer of learning is possible to future users, precluding upscaling. 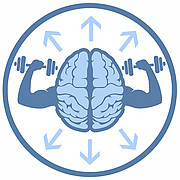 WAYS TO ANTICIPATE
→ Develop a comprehensive learning strategy, aimed at capturing and monitoring knowledge creation in the Living Lab (collective knowledge co-production) and transferring it to all relevant actors
outside the Living Lab
→ Knowledge exchange can be favored by people-to-people real-life interactions (i.e. physical meetings), which make learning more rewarding and comprehensive to all and also ensure tacit
knowledge to emerge allowing each group to adapt to their speed of progress

Explicit comprehensive learning strategies are needed, including a learning agenda (i.e. a co-created set of learning goals), capable of capturing and monitoring knowledge creation and transferring it to the engaged actors, in order to empower them and supporting the transfer of lessons to other contexts.
Living Lab managers should first formulate the learning goals, understand who has to be involved in learning, with respect to the final goal of upscaling Living Lab outcomes, and then make sure that the experiments are designed in such a way as to answer the learning goals. In other terms, this means developing a strategy to favor collective knowledge co-production.
To this purpose, first goals and ambitions of each actor need to be understood. Then, period reflection sessions can help to monitor the learning process. Especially people-to-people real-life interactions (i.e. physical meetings) make learning more rewarding and comprehensive to all and also ensure tacit knowledge to emerge.

Bellinzona
The Living Lab in Bellinzona was a pilot project, run on a voluntary, politically non-binding base. On the one hand, this favored acceptance of the Living Lab approach by the City, but on the other hand it made also responsibilities and commitment by the City to contribute to the participatory knowledge-sharing process less pressing. This made the process of capitalizing on the “lessons-learnt” from the Living Lab and integrating them into the City’s policies more difficult. Thus, a learning strategy was explicitly designed, with the aim of monitoring knowledge co-created within the Living Lab. This implied analyzing the project’s impacts according to a multi-criteria framework, assessing the level of engagement and satisfaction by Living Lab participants and reporting and communication of results, both internally to all actors involved, as well as externally, through local media.
Similar activities were also planned for the period following the launch of the app to the whole population: regular statistics regarding app use and its effect on local mobility (who, when, how, how much, ecc.) were envisioned. Special attention was dedicated to avoiding “unbiased and neutral” assessment by external experts driving a one-way learning process, by defining “their problem”, providing “their knowledge and technology”, and preparing “their solutions”. Therefore, such statistics would at first be summarized within traditional report documents, though they were planned to be publicly made available, within an online dashboard, showing anonymized key indicators, data and maps, and therefore also fostering a public debate on the future of local mobility and land development.
To further avoid a traditional “expert-driven” learning process, a user-centered approach to learning was adopted, and focus of the Living Lab was put on co-creation activities themselves, through the co-design of the persuasive app. In particular, during Living Lab meetings inclusive participatory techniques were adopted (division in small groups, favor round-robin interactions, voting, short discussions for different topics, etc.), to better stimulate the participation and knowledge-sharing of all the different personalities present in a heterogeneous group of participants. Results of a final evaluation survey were planned to be openly shared with all Living Lab participants, in order to attract their further feedback and comments. Overall, such an approach was expected to help increasing intrinsic motivation, enduring participation and learning and knowledge-sharing between participants.

Maastricht
In Maastricht the Living Lab consisted of two physical meeting sessions with the stakeholders, with a combination of plenary meeting and subgroup meetings. The stakeholder knowledge was captured by asking them to make their vision for 2040 explicit in the first session. In the second session, they learned about each other’s visions, they received reflections from practitioners about their vision (including implications on cost, environmental quality and accessibility) and they received visualizations of their vision. Possible adaptation of the visions they thus decided to introduce were monitored. The expression of the visions in the first round nicely mapped a diversity of stakeholder views on mobility in the future. However, in the second round most groups stuck to their vision of the first round. Only the urban planners (i.e. the municipality) adapted their vision, mostly based on feedback from practitioners. This lack of learning could be because:
• the groups were quite strongly convinced of their vision developed in the first round, with changes only likely on longer time frames (than four weeks);
• the format of feedback on their visions was not sufficiently “tailor-made” to be absorbed by the participants.