THE CONSTRAINT
In some contexts or for some specific topics, outcomes of the Lab might not find consensus beyond Living Lab participants. Even when the need for intervention on a specific topic is well acknowledged by the population and the interested parties, and addressed as a priority of the social and political agenda, persistence of conflicts might preclude reaching an agreement on a specific solution.
Conflicts might appear both within the Living Lab itself, thus leading to no shared outcomes, or outside, when trying to upscale the shared Living Lab outcomes across the city. In both cases, Living Lab outcomes would lack support or agreement by the population, as well as of the political majority needed to activate the envisioned upscaling measures. 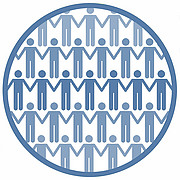 WAYS TO ANTICIPATE
→ Open to participation as much and as early as possible and regularly update the stakeholder analysis whenever external conditions change, in order to avoid the exclusion of any relevant stakeholder group
→ Favor emergence of any conflicting goals within Living Lab participants and between Living Lab participants and possible external stakeholder groups not actively engaged, and manage conflicting
goals by multi-criteria decision-making techniques
→ Always emphasize and give weight to potential community-level benefits of the options under discussion, against personal or partisan benefits. To this purpose, exploit already existing networks and coalitions and seek for new and unexpected alliances between groups of stakeholders, trying to build relationships with successful initiatives already developed by other actors

Living Labs should open to participation as much and as early as possible, by activating participatory processes already from the development of visions, selection of methodologies and identification of the actions to be performed. A “participation policy” (e.g. guidelines for participation) at city level can support citizen involvement in the first place and give structure to ongoing processes.
A stakeholder analysis should be performed at the start of Living Lab activities, and regularly updated whenever external conditions change, in order to avoid the exclusion of any stakeholder group.
Participatory processes should then be designed as to favor emergence of any conflicting goals among Living Lab participants, first of all, and then among Living Lab participants and any external stakeholder groups not actively engaged in Living Lab activities.
Management of conflicting goals could then be performed by means of multi-criteria decision-making techniques, which support Living Lab participants and policy-makers towards a transparent and thoughtful choice among different goals. In doing so, community-level benefits should always be emphasized and already existing networks and coalitions between groups of stakeholders should be exploited. Relying on a multi-criteria approach might also favor the creation of new and unexpected alliances between groups of stakeholders.
Finally, also building relationships with successful initiatives already developed by other actors would be beneficial.
In case these strategies fail in conflict resolution within the Living Lab, political authorities will be called to make decisions.

Maastricht
In Maastricht, Living Lab managers invited all those stakeholders that are relevant for urban mobility to attend the Living Lab and organized activites in a first session around visioning in the far future (2040). This was meant to help make the information emerging relevant for the coming decade– not just the project plan for the station area that was due in July 2018. This approach helped discussion not to get stuck on current conflicting issues, favouring instead a creative and less conflictual co-creation of visions for the future. In this context, by asking partcipants to draw their vision for 2040, Living Lab manageres were also able to make the diversity of stakeholder perspectives explicit. In the second session, participating stakeholders learned about each other’s visions, they received an assessment from practitioners about their vision on multiple criteria: implications on cost, environmental quality and accessibility. Showing the pros and cons of each vision was helpful to prevent one stakeholder hijacking the debate, but it didn’t lead to overall consensus either. Although final convergence of visions was not achieved, involved stakeholders learned arguments to better understand each other’s point of view.

Bellinzona
In Bellinzona discussion on the future of mobility and land use planning in general is perceived as a very conflictual topic, with highly contrasting positions among stakeholders and an equally heated societal debate, as shown by the amount of municipal referendum processes activated in the last years against decisions made by local authorities.
In such a context, local authorities would have not accepted to launch and support a living lab shared with citizens and dealing with scenario-building for the future of mobility in Bellinzona. However, Living Labs can provide significant benefits exactly in such contexts, where achieving consensus is critical. Therefore, to start activating a Living Lab process, Living Lab initiators opted to first focus on a practical, technologically-oriented topic, such as the smartphone app development. Perceived as a low-conflict topic, it was easily supported. Scenario-building activities were instead introduced later on, capitalizing on the fact that a multi-stakeholder process had already been activated for the development and test of the app. At that stage, it was easier to ask Living Lab participants what they would have needed to make mobility more sustainable in Bellinzona, thus spontaneously upscaling discussion to future mobility scenarios and policy-making. This way, highly conflicting discussions were spontaneously introduced in the Living Lab.