THE CONSTRAINT
Usually a series of different stakeholder networks and institutions are involved and need to interact with one another to pursue management and development of urban processes. Acknowledging this
interdependency, however, coordination between these many actors is often difficult, fragmented, and may lack horizontal cooperation among the different sectors.
Fragmentation may be due to different reasons: a given legislative or hierarchical framework, lack of trust and/or communication, financial constraints, poor knowledge or strategic vision. Particularly, this phenomenon is detectable at the institutional level itself: it is not uncommon to experience vertical fragmentation in units and departments (“silo compartments”) within and between public administration institutions. Consequently, even when policy-makers embrace a Living Lab participatory approach, its outcomes might suffer from limited diffusion due to fragmented institutional arrangements, which hinder clear distribution of responsibilities and effective cooperation between involved city departments. This makes both horizontal and vertical dissemination of results rather difficult. As such, nurturing the interaction between different stakeholders and institutions represents an important key to success for Living Lab processes. 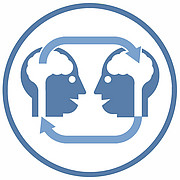 WAYS TO ANTICIPATE
→ Foster transparency and collaboration between administrative units, organizations and stakeholders, right from the beginning of the Living Lab process
→ Create occasions for them to interact and become familiar with the process, discussion topics and proposals emerging within the Living Lab

Transparency and collaboration between administrative units and organizations should be actively fostered from the very beginning to create the atmosphere of “a common endeavor”.
To overcome problems of fragmentation, it is essential to acknowledge interdependency between different actors, institutions, units and departments and to strengthen and reinforce these networks and their specific roles.
In addition, it might be necessary to build a comprehensive vision outside the administration, by putting the wished-for changes of citizens at the heart of the debate and then address specific issues to specific institutions.

Maastricht
In Maastricht one constraint is high institutional fragmentation, in the sense that key stakeholders (residents, commuters, businesses) normally do not meet and discuss on these matters in an organized way, although probably having very different views on this. Typically, the municipality bilaterally speaks to business actors and citizens for policy input. The visioning assessment experiment was designed to help anticipating this constraint on upscaling smart inter-modality. In two sessions the stakeholders came together in both a plenary meeting and sub-group meetings, and the diverse visions were developed, presented, discussed, assessed, re-developed in an open and equivalent way.
In the post-interviews all participants stressed they felt they could express themselves well and freely. About half of the participants said they had heard some interesting points from other participants. At the same time, business actors found the residents “too ignorant for such a visioning exercise” and residents’ visions “just dreams”. This can be seen as a type of institutional fragmentation through a classic framing of “experts” and “non-experts”. A few participants remarked they liked the format of separate stakeholder groups to first work with peers, before a larger discussion with a mix of stakeholders, because it helps to better structure arguments.
The Living Lab was successful to bring the different stakeholders in a dialogue amidst institutional fragmentation, by showing all participants the pros and cons of their vision. Although the experiment did not show convergence of visions, it did show the municipality learned more arguments for a larger car-free area in the city center. Possibly, two sessions are not sufficient to enable convergence of visions, and a follow-up is needed.

Bellinzona
In Bellinzona, administrative organization at the City level was the main obstacle preventing diffusion of the Living Lab approach to other fields than mobility and institutionalization of new governance practices. The strategy to overcome the “silo compartments” barrier was to actively engage councilors and civil servants, instead of waiting for them to spontaneously express interest in processes or results. Thus, it was planned to invite them to attend Living Lab meetings, in order to personally experience how they work and the effort needed, and guess their potential in addressing complex or conflictual topics.
In the end, the envisioned strategy was not put into practice, mainly due to “low institutional receptiveness” (see constraint #10). However, this gap was at least partially closed, by planning a final meeting targeting civil servants of other City departments than the Living Lab promoter, and the related political decision-makers. The meeting was aimed at presenting and discussing the approach, the results obtained and the final evaluation of the performed activities, and was supposed to reduce fears and prior oppositions by the city managers, thus favoring larger uptake of participatory approaches in future decision-making processes.