THE CONSTRAINT
Urban Living Labs can be situated in a specific geographic context, ranging from a building block, to a neighborhood, a commune or a whole urban area. While there is a certain flexibility in choosing the scale within which to operate, any choice implies the definition of boundaries that exclude people living beyond them.
While this exclusion happens sometimes by design, it is more often due to self-exclusion: people living outside or faraway the project context might relinquish to join the Living Lab either because it takes too much of an effort to go to the locations where the Living Lab meetings are held, or because – though they might be impacted by the project – they do not feel immediately concerned.
This constraint represents also a barrier to successful upscaling of the Living Lab, as replicating pilot projects in the broader urban area can be prevented because generated knowledge is very much related to the specific context of the Living Lab or because the whole Living Lab process only focused on the pilot project, neglecting or forgetting the effects beyond its boundaries. 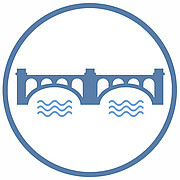 WAYS TO ANTICIPATE
→ Explicitly consider the project’s indirect and crossscale effects in the broader urban context, by reflecting on the multiple scales relevant to the Living Lab and on the actors that might be included/excluded at each scale
→ Adopt adequate logistic arrangements and outreach strategies to help minimize exclusion, such as convening Living Lab meetings at different locations and being open to reframe Living Lab meetings to achieve a shared vision and increase motivation

Exclusion based on participant residence can be either a matter of logistic or of personal concern with the stakes of the Living Lab. In both cases, it is important to reflect on desired outcomes and apply stakeholder analysis and requirement analysis tools to identify potential types of exclusion and adequate coping strategies. In other words, this implies a thorough reflection on the multiple scales relevant to the Living Lab and on the actors that might be included/excluded at all scales.
In the former case, adequate logistic arrangements can help to minimize exclusion. Living Lab meetings can be convened at different locations, to target different audiences. In the latter case, a constant outreach effort might be necessary. This includes both communicating the Living Lab purposes, but also adapting them and adjusting the frame.
Overall, constantly negotiating with participants and potential participants the objectives and the frame of the Living Labs can be particularly helpful in defining a shared vision, thereby increasing motivations and buy in of a broader audience.
Organizers, in particular, need to estimate and take into account projects’ indirect and cross-scale effects, also outside the boundary of analysis. To adequately cope with them and anticipate any negative impact, they also need to actively engage with stakeholders of the broader urban context that might be affected by the Living Lab or by an upscaled version of its results.

Brussels
In the Brussels Living Lab, the citizens’ place of residence was one of the most solid barriers to broad inclusion. In particular, the city is characterized by a great inflow of workers commuting in and out the city from the metropolitan area. These commuters are immediately impacted by air pollution in the city, and largely contribute to it. At the same time – with some exceptions – the Living Lab failed to include them in the activities because of lack of time and resources to identify suitable locations at the urban periphery, and because of their relatively lower concern for the issue at stake (i.e. widespread perception that suburban living is less impacted by air pollution).
Given its main focus (i.e. air pollution), the Brussels Living Lab was characterized by the overlapping presence of multiple scales. To minimize exclusion based on participants’ place of residence, different arrangements were made. To begin with, the Living Lab ateliers were held in different locations, depending on the participants’ place of residence and employment. In one case (group of parents of children at school age), the group was split in two, based on the location of the school, and the information between the groups was constantly being relayed by the Living Lab facilitators. These included places throughout the regional territory. In one case (EU officer citizen group), rather than building the group based on place of residence, it was built based on the shared place of work. To do so, meetings took place during office hour at the office location: this allowed for participation of people living in many different locations to interact around common questions. It also allowed to have a discussion on different scales: while it started from a concern about the air at place of work, it soon included the commute, and finally their place of residence.
Despite the outreaching efforts, the Living Lab was eventually not successful in including participants from all neighborhoods of the region, nor participants living outside of the regional borders. To complement for this shortcoming, constant efforts of networking and coordination with other organizations were made, to share good practices and lessons from the Living Lab: by experience sharing with organizations in nearby cities, the conditions were created for replication in other contexts.

Maastricht
In Maastricht Living Lab, although the station area was of main concern, the visioning assessment Living Lab experiment initially focused on the city of Maastricht as a whole. Later on, the scope of the visioning exercise was narrowed, and participants were specifically asked to consider implications for the station area. Also, the stakeholder analysis identified people from different areas (residents of city center, of outer districts,commuters) as relevant stakeholders for the vision of Maastricht, and these actively participated. This helped to include effects on other areas than the station area, hence anticipating this constraint.