THE CONSTRAINT
Living Labs can be complex and long lasting. To participate meaningfully, citizens need time, energy and commitment, a certain level of understanding of the issue at stake or of the technology in use, and sometimes also specific economic and intellectual resources or skills (e.g. a smartphone or language proficiency). This means that certain groups of the population can happen to be excluded from the Living Lab.
People with no, low or very discontinuous revenues might be excluded, considering that ensuring their livability can leave little space to participating in a Living Lab. Also people with precarious employment or residential conditions might lack the possibility to plan for long term and therefore commit to participate in a Living Lab. People who are responsible for taking care of elderly or children, as well as people working during non-office shifts, are also at risk of exclusion as they lack the material time to join the Living Lab. Foreigners and newcomers can be excluded because of their limited proficiency in the language spoken in the Living Lab. In addition, people lacking a minimum understanding of the issue at stake, or acquaintance with the technology used in the Living Lab (e.g. because of low education level, or age) are also at risk of exclusion from or of limited participation in the Living Lab. 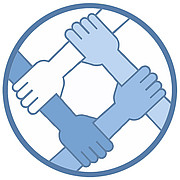 WAYS TO ANTICIPATE
→ Apply stakeholder and requirement analysis tools (in relation to desired outcomes of the Living Lab) to identify types of exclusion, their motivations and coping strategies
→ Include all Living Lab participants in such a reflection (not only the “institutional” initiators), across the Living Lab stages
→ Strategically design Living Lab micro-practices, such as informative and educational material, choice of venue and schedule of meetings, language, provision of technological support to reduce
digital divide

A Living Lab that is inclusive of all relevant groups is virtually impossible, at the same time it is desirable to minimize exclusion throughout its lifetime. Barriers to broad inclusion in a Living Lab can be of many different kinds and require a fully-fledged strategy to be addressed. It is important to reflect on desired outcomes and apply stakeholder and requirement analysis tools to identify potential types of exclusion and adequate coping strategies. While this exercise is primordial in the design phase, it requires to nourish an ongoing reflection at different stages of the Living Lab. All Living Lab participants need to participate in an explicit reflection concerning the causes and outcomes of exclusion, and in the identification of solutions.
Overall, the micro-practices of the Living Lab need to be strategically designed. These range from the choice of venue and schedules of the Living Lab meeting, to the language and the style of Living Lab moderation, to the time spent in all sorts of capacity building. Other methods to ensure broad inclusion include targeted calls for participants, through the channels that are more likely to be used by the target group or technological fixes, to provide the tools to all (e.g. purchase of smartphones or computers).

Brussels
In the Brussels Living Lab, efforts to minimize exclusion were at the core of the process since its early beginning. Different adjustments were also made in progress, considering unexpected circumstances.
At very early stages, Living Lab organizers (the local university and a city movement) reflected together to identify potential barriers to inclusion, and decided to establish different sub-groups, recisely to include the broadest variety of population. Throughout the process, regular reach out efforts were made toward groups at potential risk of exclusion. The role of a focal person for each group was given to the most suitable person (depending on language skills, residence, family situation, work experience…), and the different workshops were designed depending on the different type of participant.
A key element, for instance, was the strategic choice of venues and schedule for the different groups: for EU officials, meetings were convened in the EU premises at lunchtime; for groups of parents and shopkeepers, small meetings were organized in the early morning, just after leaving the children in school/just before opening the shop; for young professionals, meetings were organized at early evening in a central neighborhood.
Several smartphones were purchased to ensure that those who did not have one, could still take part in the Living Lab. Tablets were also purchased, to serve as pedagogical device and to be used for demonstrative purposes. More time for training was dedicated to the least acquainted with the use of smart technologies groups/people. In some cases, it should be noted, the time dedicated by the Living Lab facilitator was not enough to bridge the gap, resulting in participants not using the technology.
Exclusion from the Living Lab was also part of the reflection that the participants engaged in. In a focus group interview on the topic, they were invited to identify potential drivers of exclusion, the possible implications, as well as suggestions for coping strategies.

Graz
The City of Graz aimed to take action in a district with challenging circumstances: high proportion of migrants, various cultures and ethnics, education levels and incomes below average. The strategy to reach out to marginalized groups such as migrants, elderly people and children was to offer various communication channels (newspapers, Facebook, public events and direct interaction with people via the Living Lab’s district office) and different formats of Living Lab activities: online questionnaires, workshops, social safaris, mental maps, etc. The overall strategy was to establish a long-term participatory process with several possibilities for citizens to bring in their opinions in manifold ways. The Living Lab organizers did not wait for people to show up, but actively approached them on the street, literally bringing the Living Lab to the people. By repeatedly offering possibilities for stakeholders to participate and actively approaching them, over an extended period of time also marginalized groups were included.

Bellinzona
In the Bellinzona Living Lab, social groups at risk of exclusion were identified in elderly and young people and migrants. To favor their participation, a targeted recruitment strategy was applied. Flyers introducing Living Lab activities were distributed at places where computer literacy courses for elderly people are offered, and personal contacts with high school teachers and a local association supporting migrants were established. The aim was to exploit the already existing formal (computer literacy courses, teacher-student relation) and semi-formal (local migrant association) social networks to capitalize on the existing trust relationships, as well as to provide specific assistance (e.g. language mediating support). Considering the young generation’s natural inclination to interact with the digital world, it was expected that students would be the easiest segment to include.
Resulting numbers suggest that the performed recruitment strategies were not enough to favor a significant participation of the groups at risk of exclusion. For instance, while young generations are the most inclined with technological innovation, they are also less used to participation and engagement in public processes. The limited engagement of students (two out of around forty participants, but not in a continuative way) suggests that further efforts could have been dedicated to specifically outreach students directly by means of informal networking, instead of involving intermediary persons such as school teachers. Providing also stronger in-person contacts to elderly people would probably have helped to trigger more active engagement than just relying on flyering mediation. In fact, even though flyers specified that no specific computer competences were needed, they probably were not as convincing as a person would have been. As for migrants, even in this case, a more direct interaction and personal invitations (face-to-face or telephone) could have reinforced the supportive action and thus engagement.