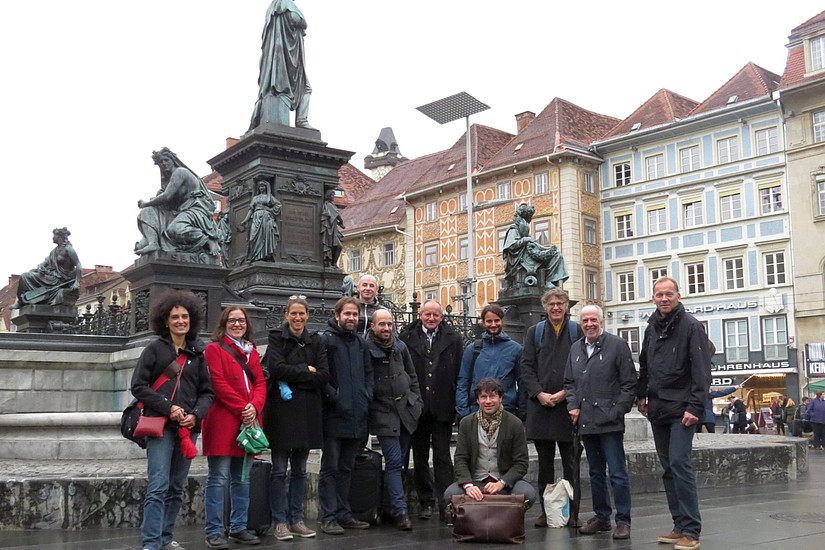 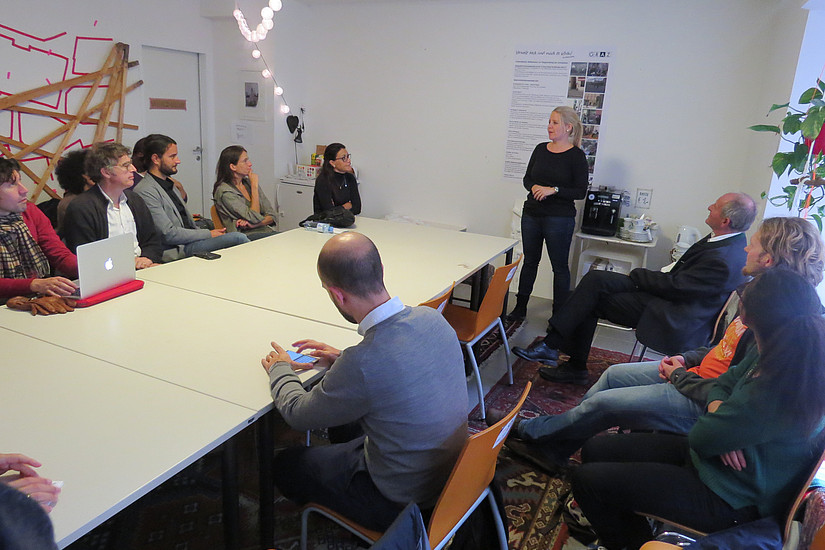 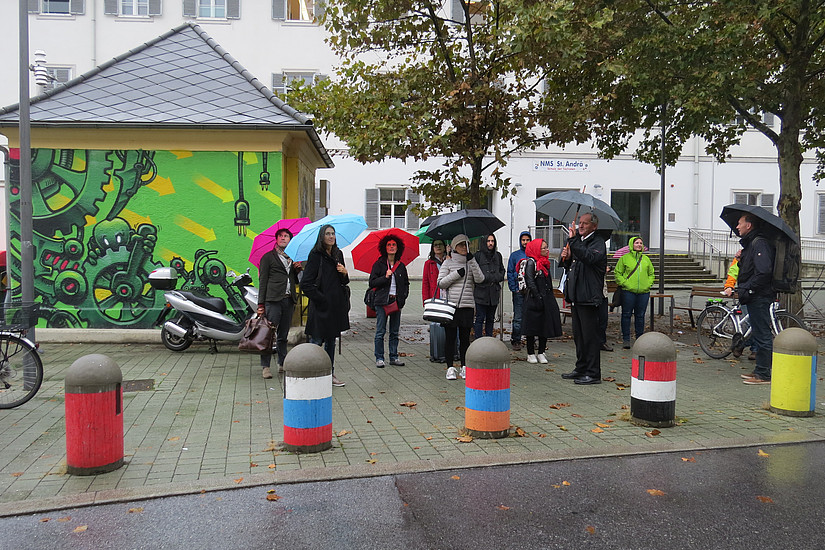 Exploring the district of Gries 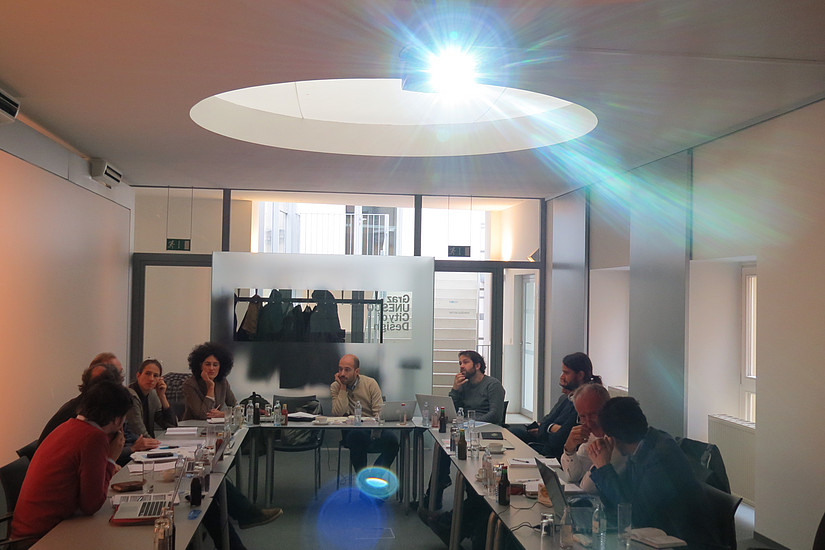 According to the project design, every partner city hosts a project meeting, which is combined with a city exchange visit to facilitate a mutual knowledge exchange. After the Kick-Off Meeting in Brussels, it was the City of Graz and the University of Graz who invited all project members to a three-day-visit in their town. Two days gave space to discuss about current and future activities in the project, whereas the first day was dedicated to learn about ‘smart’ initiatives in Graz.

Austria’s second biggest city with about 300.000 inhabitants is strongly growing while the space for expansion is rather limited. The responsible project manager Kai-Uwe Hoffer explained that Graz therefore developed a Smart City Strategy looking ahead until 2050 which should ensure a high living quality and at the same time reduce emissions, safe energy and resources. Part of this strategy is to intensify building density wherever it is possible and to make use of empty spaces in the city area (brown fields), all well connected to public transport. The main focus of activity is currently in the area around the railway station (GRAZ WEST, Waagner-Biro-Straße and Graz-Reininghaus) where formerly industrial sites are being re-developed into a high quality smart living district until 2020.

In the temporarily installed ‘Stadtteilbüro’ Griesplatz (city district office) the SmarterLabs project group was introduced to the participatory mobility project that is the center of interest for the SmarterLabs case study Living Lab. Simone Reis (City of Graz) emphasized that the aim of the Living Lab Griesplatz is to involve citizens in the process of re-designing this square which is situated in a multi-cultural district and currently serves as a traffic hub that is overcrowded with cars, buses and ‘cold’ mobility infrastructure. By collecting the ideas of the resident population and organizing events together (e.g. social safaris) a broadly well-accepted solution should be the final result. The process follows the city’s internal guidelines for citizen involvement and is thus the continuation of past participatory actions in Graz.

The main program point on the second day was Work Package 2. In the last months partners had been working on the literature research and the research methodology. While the corresponding document is already quite elaborated, the project members agreed to further investigate on some issues and clarify the methodological part. This specifically relates to the case studies that will be addressed in Work Packages 4 and the retrospective analysis in Work Package 3. For the setup of the four city case studies as well as for the selection of the retrospective mobility projects, it is important to agree on the same points of interest that take into consideration the individual aspects of the cities but also permit possibilities for comparison. The project members discussed intensively about research questions and objectives which finally led to broad agreement for all addressed topics and a plan on how to continue.

After all content-related questions were clarified, the day closed with a city tour to the clocktower at the Schlossberg and its restaurant close by guided by the Executive Director for Urban Planning in Graz Gerhard Ablasser.

The third day took place in the building of the City Hall and was mainly already dedicated to future activities in the project, including the next meeting in Bellinzona in March. 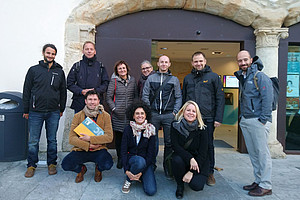